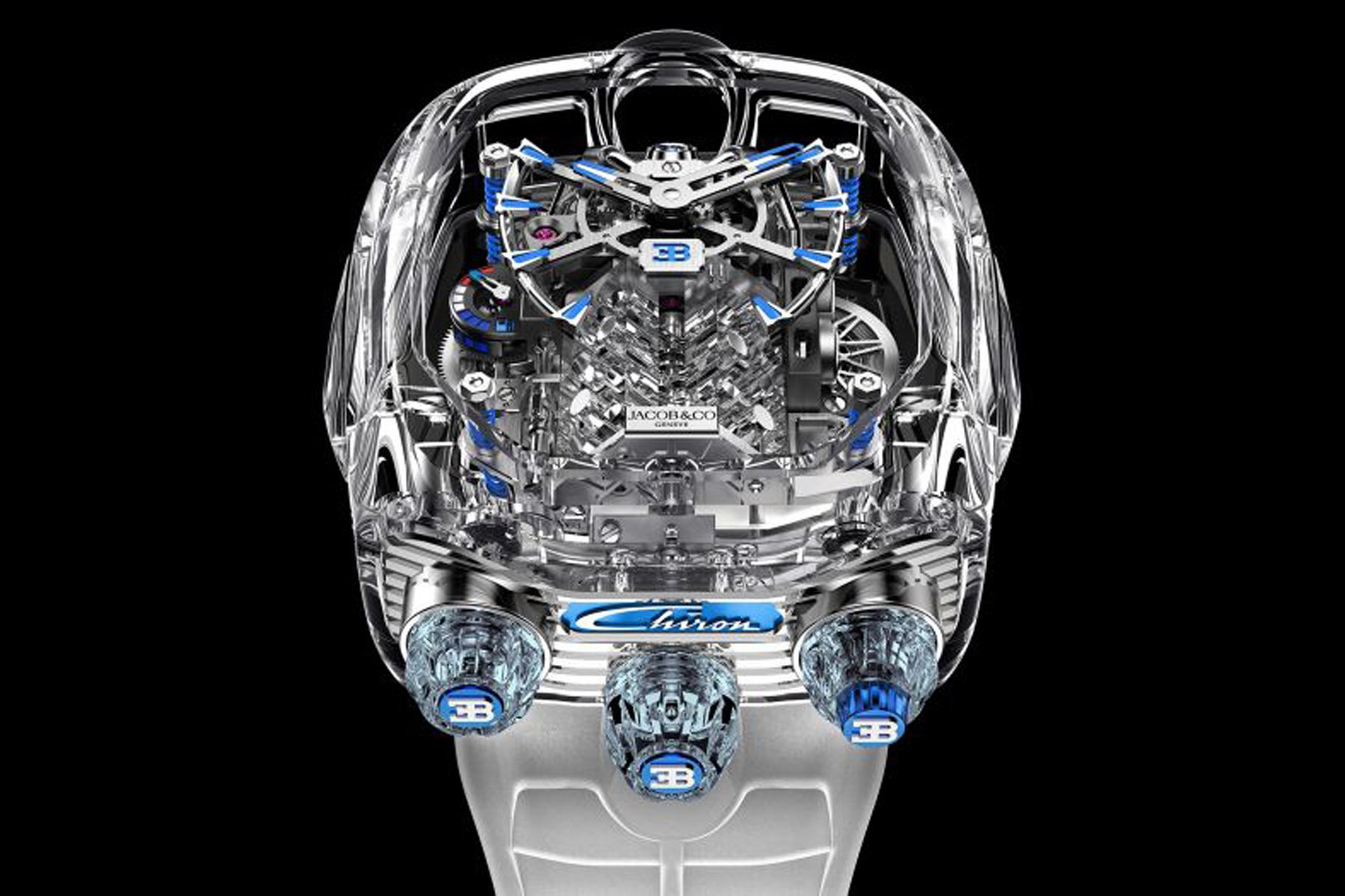 If you didn’t know it, there’s big money to be made in selling luxury vehicles. The profit margins on supercars is not-small, as their seven-figure price tags might suggest, and their buyers typically don’t cheap out on the options, either.

Those buyers are also sometimes inclined to purchase matching merchandise to complement their cars. Fitted luggage, branded clothing, all of the typical automotive accessories you might expect can usually be found in most premium carmaker’s stores. But sometimes they get a little weird, and out there, too.

Take, for example, the just-announced Bugatti Chiron Blue Sapphire Crystal timepiece, from Jacob & Co. Sure, Bugatti is far from the only luxury marque to market an automotive-inspired chronograph, but the wristwear you’ll see its rivals offer likely don’t include a miniature fully-functional replica of the Chiron’s W16 engine, jammed full of 51 jewels and encased in a sapphire crystal housing. The tourbillon timepiece costs a cool US$1.5 million, or you can get it sans jewels for just US$280,000.

That’s actually one of the less-weird items we found for sale via some high-end automakers’ online accessories catalogs.

Want your tunes to sound as melodious as the exhaust note of your Murcielago? This speaker dock from iXoost is the only way to go. Heck, it even looks like the back end of your Murcie.

The speakers feature a “monocoque chassis in carbon fiber, polymerised in autoclave at 6 bar,” as well as “bass reflex pressure control [and a] passive shock absorber system to dampen vibrations of the speakers.” Just like the V12 supercar in your driveway, the start button hides under a jet-fighter-inspired toggle-switch cover. Before you pull the trigger on one of these, be forewarned it’ll be hand-assembled specifically for you—and that means no returns.

If you’ve ever wondered what a Lamborghini smells like, we’ve got an answer for you: “a citrus opening of grapefruit and bitter orange that turns into fresh and lively notes when it reaches the heart of vetiver and bergamot, finishing in an enveloping breath of cedar and sandalwood.” You were probably going to say something silly like gasoline and alcantara, weren’t you?

Well, go stick your head in the garage. If there are any of Lamborghini’s new candles, by Culti Milano, in there, you’ll