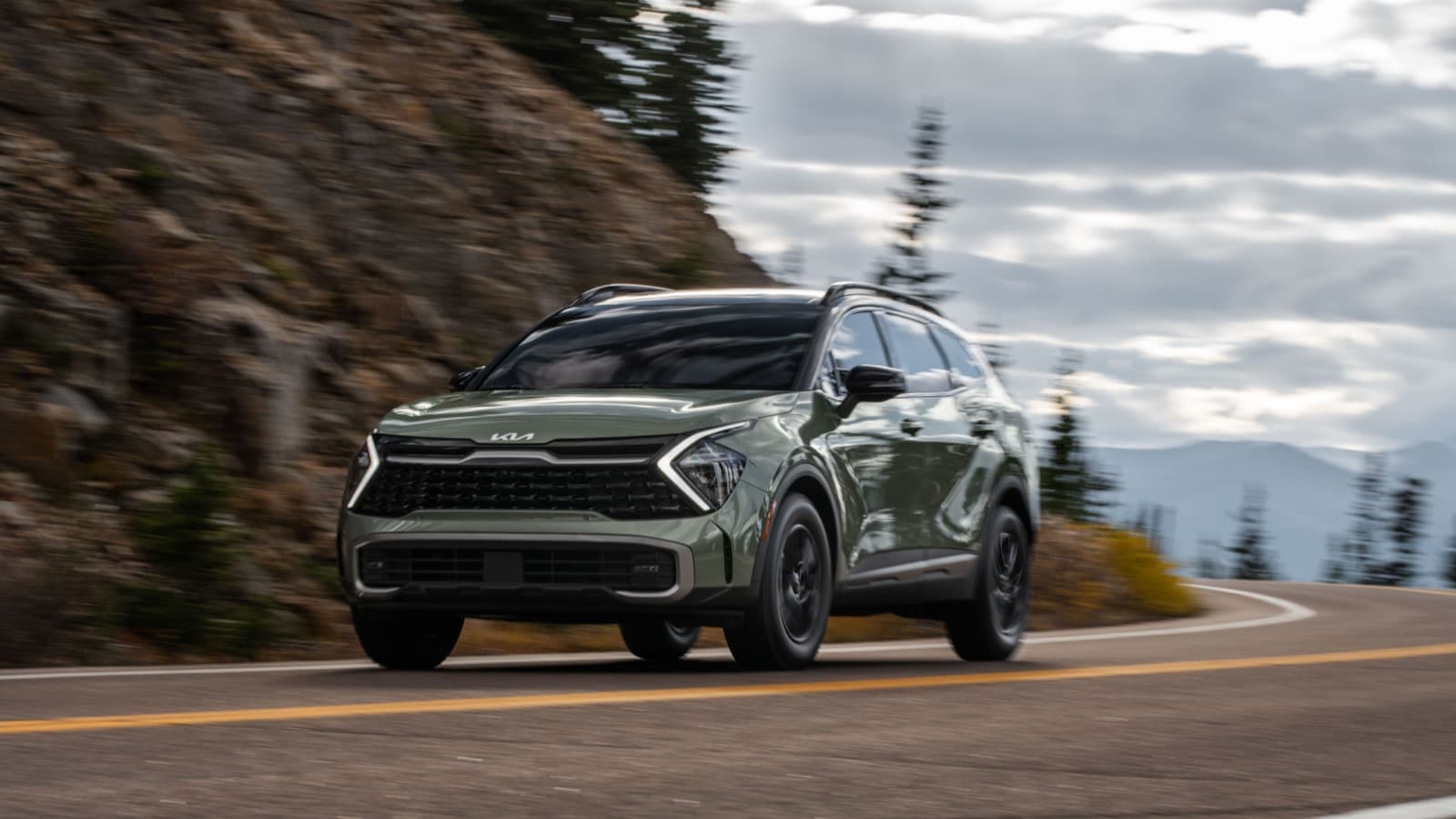 We’ve seen dramatic makeovers before in the automotive business, but a glow-up like this is rare. Kia dropped the curtain on the 2023 Sportage today. The next version of Kia’s compact crossover looks radically more refined than the 2022 model it replaces. Inside and out, the styling changes are thorough and sharp.

Kia hasn’t revealed pricing for the 2023 Sportage. The 2022 LX base model starts at $24,090 and tops out at $35,250 for the SX Turbo. That price will likely increase to reflect the bigger size and new content, but likely can’t rise much to stay competitive.

The 2022 Sportage is already known for its high features-to-price ratio. With a longer list of standard equipment than most of its competitors and a 10-year, 100,000-mile powertrain warranty, it makes a strong argument for itself in a crowded field.

But the Sportage has never before been a sharp-looking option. That has changed.

The changes outside are obvious. The new look borrows elements from the sleek EV6 electric hatchback. There, Kia called its design philosophy “digital tiger.” With the Sportage, the Korean brand calls it “opposites united.”

Such marketing speak is often lost on the viewer, but the phrase is apt here. Aggressive, angular running lights meet a curvaceous hood. Longer windows and a taller greenhouse blend neatly with a curved shoulder line. It’s hard to make a compact SUV stand out, but the 2023 Sportage looks handsome.

An Upscale Makeover Inside

Inside, the changes are more dramatic.

The dash is split between two screens – one for the driver’s instruments and a second in the center for entertainment and climate functions — but they are contained in a single expanse of glass that looks like one. It’s an upscale look that steals a trick from the Cadillac Lyriq at a much lower price point. 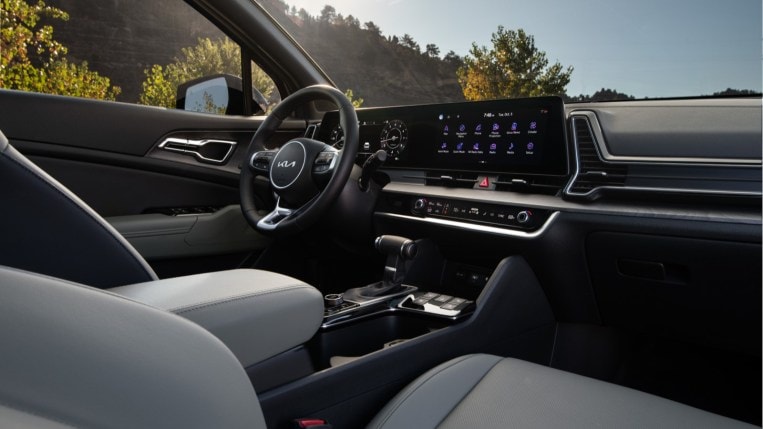 The 2022 Sportage is 7.1 inches longer than the 2022 model, and most of the added space is given to rear-seat passengers. Cargo space also grows from 30.7 cubic feet to nearly 40. Kia is frank in saying the Sportage grew to differentiate it from the smaller 2022 Kia Seltos  – a critical success with which it shares showroom space. The Seltos is our 2021 Best Buy in the Subcompact SUV category.

Under the hood, big changes are in store. The base engine is now a 2.5-liter 4-cylinder making 187 horsepower. It works through a new 8-speed automatic transmission instead of the old 6-speed unit, which should make power delivery smoother at all speeds.

That’s the only powertrain for now, but the company says that at least two more options “will be shared at a later date.” The Sportage shares a platform with the 2022 Hyundai Tucson, so let’s hope that model’s plug-in hybrid powertrain is one of them.

Six Trim Levels, Automated Safety at All of Them