A boom in Egypt’s automotive parts industry is being fuelled by a burgeoning population, vehicle sales growth and government moves to combat auto emissions, according to a new report highlighting the sector.

The combination of these factors, against a backdrop of post-pandemic economic growth, has accelerated the Egyptian market for car spare parts, accessories, and vehicle components, which is now worth between $1-2 bn, German consultants Africon GmbH say.

The IMF predicts that growth in Africa’s second largest economy, with a GDP of $360bn, will slow to around 2.5% this year, but then recover to more than 5% from 2022 onward.

After tough years in 2016/17, inflation has dipped to around 6%, unemployment is on the decline and GDP per capita in US dollar terms has surged by almost 50%, a recent report by Africon found.

“Consequently, Egypt has been the largest recipient of FDI in Africa for several years in a row, receiving more than $9 billion worth of investments in 2019 and almost $6 billion in 2020,” the report says.

Growth: From zero to fifty

Infamous for Cairo’s traffic snarled roads, the country’s automotive industry is one of the sectors benefiting from the wider economic uplift.

The country is home to one of Africa’s largest vehicle fleets with around six million vehicles on the country’s roads, the majority of which are passenger cars (approximately 4.6 million).

This is followed by almost a million trucks and about 470,000 buses. Most passenger cars are petrol-powered, while many commercial vehicles rely on diesel engine. That could soon change as the global energy market shifts to cleaner solutions.

“The government is increasing the share of dual-fuel cars, which can use both petrol and compressed natural gas (CNG). Around 300,000 vehicles in Egypt already use CNG. This number will likely increase further over the next years,” the paper reports.

Egypt is also taking steps to replace internal combustion engines with more environmentally friendly alternatives. Last year the government announced an initiative to encourage consumers to replace old vehicles for new ones operating on CNG engines with extended credit facilities among its green program incentives. This has led to China’s Dongfeng Motors planning to assemble up to 25,000 electric vehicles a year in an Egyptian assembly plant.

The brand make-up of the country’s vehicle fleet is changing. Market dominance by Chevrolet/Isuzu, Hyundai, Toyota, and Nissan could be eroded by the entry of European and Chinese brands which are fuelled by preferential import duties, the report says

New vehicle sales in Egypt have recently surged to more than 200,000 units per year, with around half of this figure assembled locally, the whitepaper found.

“Egypt is home to notable local vehicle assemblers like GB Auto, General Motors Egypt / Mansour Automotive, and Nissan. While most passenger vehicles are produced for the domestic market, many buses are exported to regional markets,” it explains. 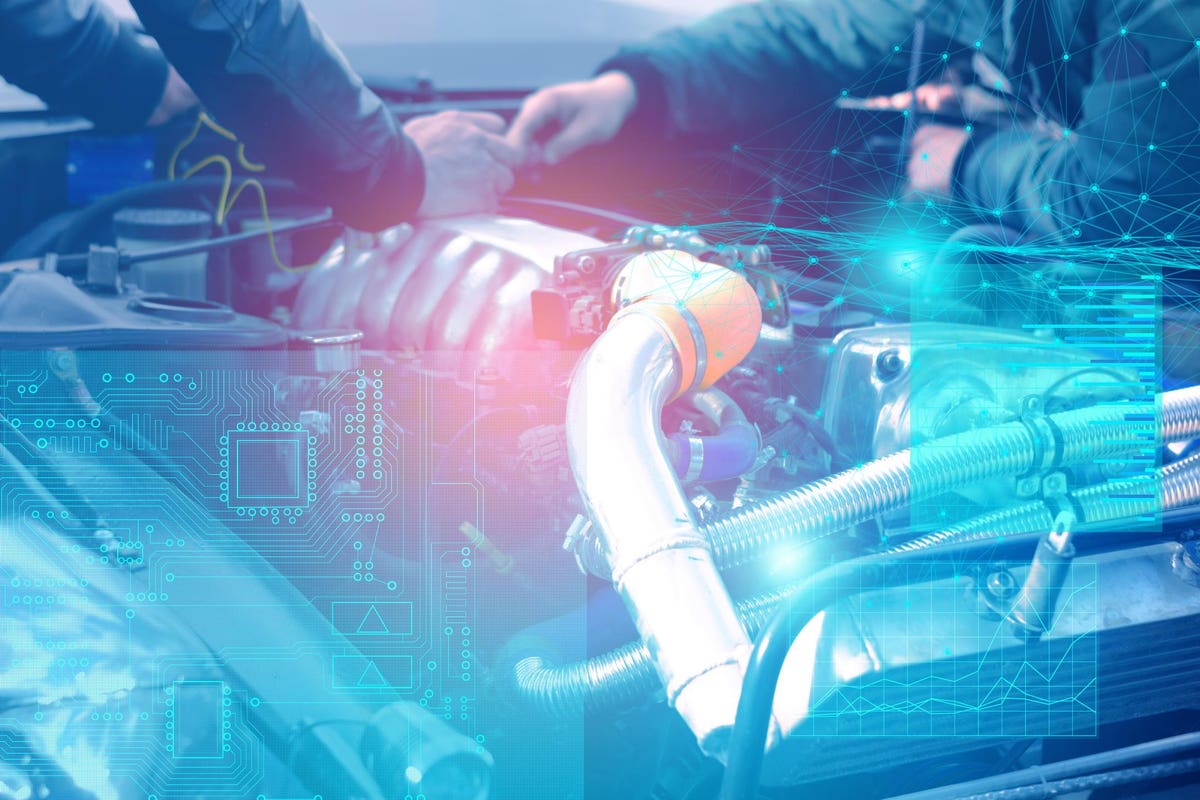 MHEL needed an extended quality testing program for internal combustion engines in order to reduce cost while accelerating the product manufacturing lifecycle.  And there was no time to waste.

But because of the technical resources required, and the fact that the data was staged in multiple stand-alone servers, the process was slow and costs high.

So, the Mumbai-based company took a radical step: replace its outmoded physical methods with virtual testing – using artificial intelligence/machine learning (AI/ML) while incorporating data from a variety of sources.

To understand MHEL’s challenges and objectives, we need to take a brief glimpse at how things work there.

Currently, quality testing accounts for one percent of engine manufacturing costs. In the final phase of quality testing, the engines undergo what are known as “cold” and “hot/load” tests to identify defects and ensure quality.

What that means: in a cold test, the engine’s crankshaft is rotated with an electric motor, while software analyzes data from different sensors.

To hear company representatives tell it, MHEL has thrived because of unconventional thinking and the innovative ways it has utilized resources.

Therefore, the logic went, why couldn’t MHEL rely on ML to validate engine quality, eliminating the need for avoidable tests for those engines that already met hundreds of predefined parameters?

To make that happen, a predictive quality ML model had to be designed to analyze test results and other data to determine engine performance and quality. This tool would identify the likelihood of oil leaks and other flaws generally detected during hot/load testing.

MHEL turned to SAP to manage business operations. Drawing on solutions created through the SAP Integration Suite, the new model eased complexity by unifying data from an array of sources – calculating in such factors as engine suppliers, in-house manufactured parts, engine assembly, and user-plant defects.

This wealth of information, combined with specific parameters and cold test results, allowed each engine to be positively classified as “Further Hot Test Required,” “Further Load Test Required,” or “No Further Test Required.”  Remember: prior to the introduction of the new model, even engines that didn’t need additional testing underwent the extra steps — costing MHEL both time and money.