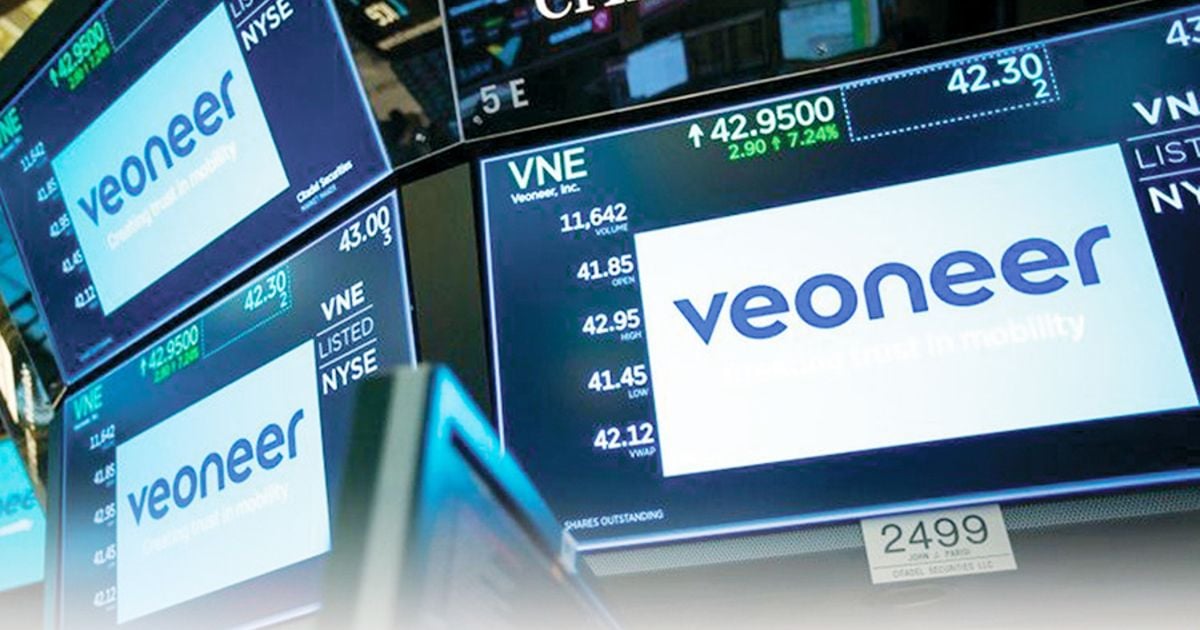 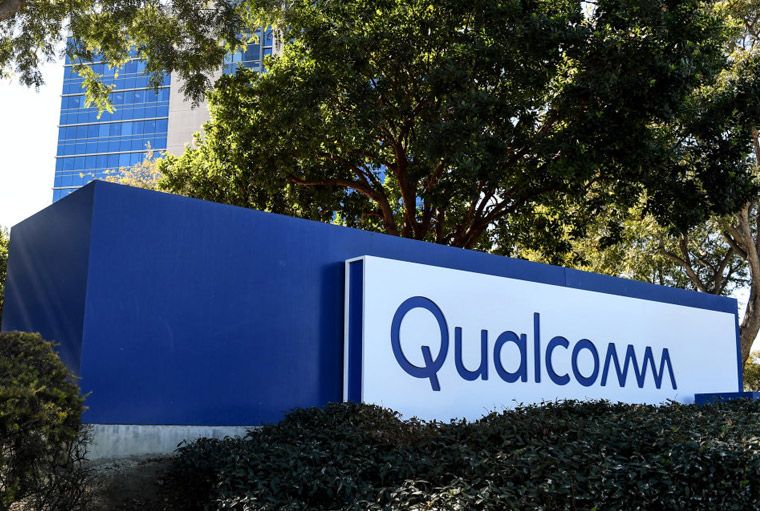 There’s just under three hours until the Qualcomm CES 2022 press conference kicks off, and we’ll bring you the latest breaking news and analysis on the announcements right here.

This press conference is also being live streamed, so you can watch along with us.

So we know Qualcomm is going to talk about its “Snapdragon Digital Chassis” during the press conference, which it unveiled towards the end of 2021 at the IAA Mobility show in Munich.

It’s essentially Qualcomm’s all-in-one solution for automakers in terms of the digital aspect of a connected car, from the bits we see (such as the infotainment displays in the cabin), to the bits we don’t (including Wi-Fi, Bluetooth and 5G connectivity, and autonomous driving).

Tune in tomorrow for @Qualcomm’s #CES2022 press conference at 11am PT. Stay tuned for some exciting announcements about how we’re driving(!) digital transformation and enabling a world where everyone and everything is intelligently connected. #TeamQualcomm https://t.co/4RMayaMhwHJanuary 4, 2022

We may see more news around Qualcomm’s ‘Digital Cockpit’, which looks to power the multitude of displays we’re seeing in cars today – especially in the EV market where screens are getting bigger and more plentiful.

However – is this the right direction for infotainment displays in our cars? Have your say in our Twitter poll!

We’re seeing lots of exciting new automotive tech at #CES2022 – but when it comes to infotainment, what do you want to see in future cars? #CESJanuary 4, 2022

In case you missed it, Mercedes has already launched an enticing EV concept at CES 2022, with the Vision EQXX featuring a staggering 1,000km (620 miles) of range from a single charge and a mammoth 47.5-inch display inside.

Five minutes to go. We’ve had a bumper day so far with the likes of AMD, Nvidia and Dell all making big splashes… plus the arrival of a couple of new phones in the Samsung Galaxy S21 FE and OnePlus 10 Pro.

The press conference shouldn’t last more than 45 minutes, so the good news is we’re not going to be here all night. It’s a good length of time really – enough to get key points across while keeping the show running tightly so to avoid waffle. Don’t let me down Qualcomm!

Opening video splash ends with the message “The Time is Now”. Okay, let’s do this then. Here comes Christiano.

Big stage. Big room live in Las Vegas – apparently 75% full. Impressive, considering the number of brands and press who have pulled out of the in-person event (TechRadar included).

Christiano is kicking off with a recap of what Qualcomm has been doing. “We see this opportunity of billion of smart connected devices that 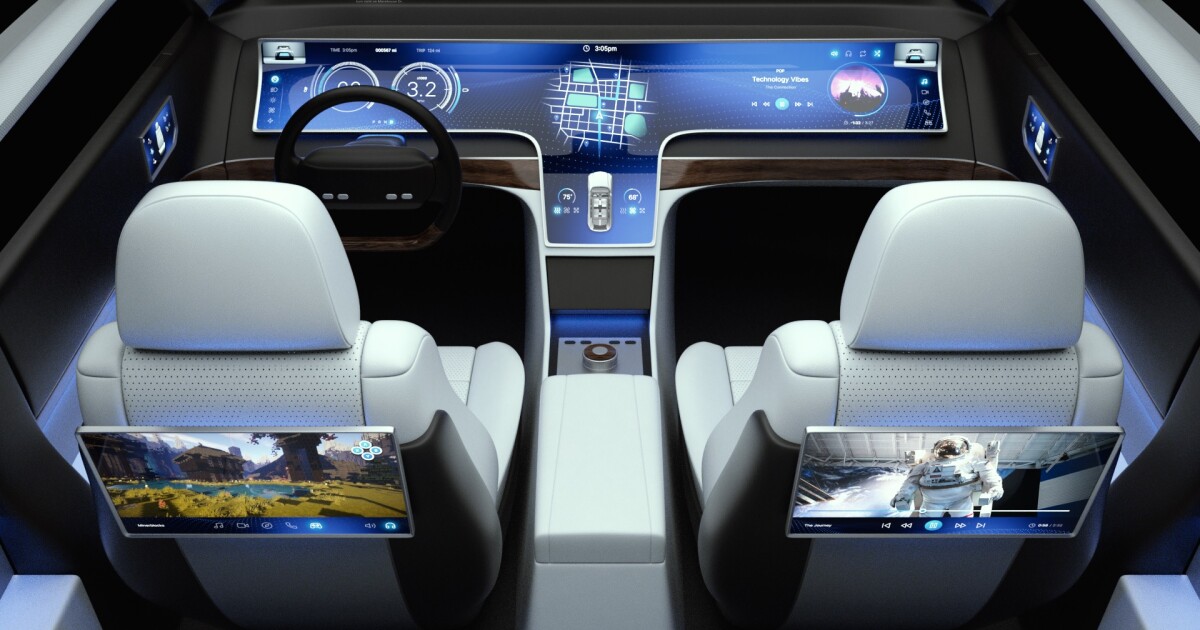 Qualcomm opened the hood on its “digital chassis” system Tuesday at CES in Las Vegas — showcasing endeavours to increase mobile technologies over and above smartphones and further into autos.

The moves include a new personal computer eyesight processor referred to as the Snapdragon Experience Vision Procedure, which will produce advanced driver assistance by means of onboard cameras beginning in 2024.

The San Diego company’s new top-edge chip will square off from Intel’s Mobileye — the dominant organization in machine vision technological innovation utilised in cars and trucks. Mobileye announced its very own new chip at CES to help enable autonomous driving in partnership with Volkswagen and Ford.

Qualcomm also unveiled digital cockpit/infotainment promotions with Volvo, Honda and Renault to provide onboard connectivity, large-tech dashboards and amusement programs to vehicle styles, some of which are arriving this year.

“We are generally likely to be the business centered on mobile, but there is much more to Qualcomm,” Main Executive Cristiano Amon stated at a press convention at CES, formerly regarded as the Client Electronics Display. “Car firms, numerous of them now, are tech businesses. Technologies assets have turn out to be very significant.”

Automakers have embraced know-how not only to make vehicles safer but to probably help new income streams in the period of electric powered and autonomous cars. They contain doable subscriptions for onboard solutions as a lot more screens are put in in cars.

Chip profits to automakers reached $1 billion previous 12 months for Qualcomm — primarily from connectivity and infotainment units. Auto earnings is forecast to climb to $3.5 billion per year in 5 decades.

The enterprise at the moment has a $13 billion get pipeline throughout its digital chassis portfolio for autos, which incorporates 4G/5G, Bluetooth, Wi-Fi, car or truck-to-car or truck communications, audio, rear-seat video clip and digital dashboards — as effectively as Innovative Driver Guidance Programs (ADAS) and autonomous driving technologies.

BMW and Normal Motors are Qualcomm’s cornerstone buyers, but it sells to myriad other models ranging from Hyundai to Audi, Chrysler to Lexus.

With the new Snapdragon Journey Vision Process, Qualcomm is not concentrating on complete driverless abilities regarded as Level 4 autonomy, at the very least for now.

In its place, it is steering toward driver aid camera programs that assistance motorists at the rear of the wheel devoid of taking entire manage. It aims to make technologies versatile sufficient to be supplied throughout all car or truck value ranges, reported Amon, from luxury to entry stage.

“When we think about ADAS, we think the genuine option is to attach Amount 2 and Degree 3 to every single automobile,” stated Amon. “It can grow to be as pervasive as anti-lock braking methods and airbags.

“We are working on entire autonomy as well,” he continued. “We know that has a lot more regulatory challenges and desires far more time to experienced. But the opportunity to do Level 2 and Level 3 as an assisted solution to the driver is actual and is just