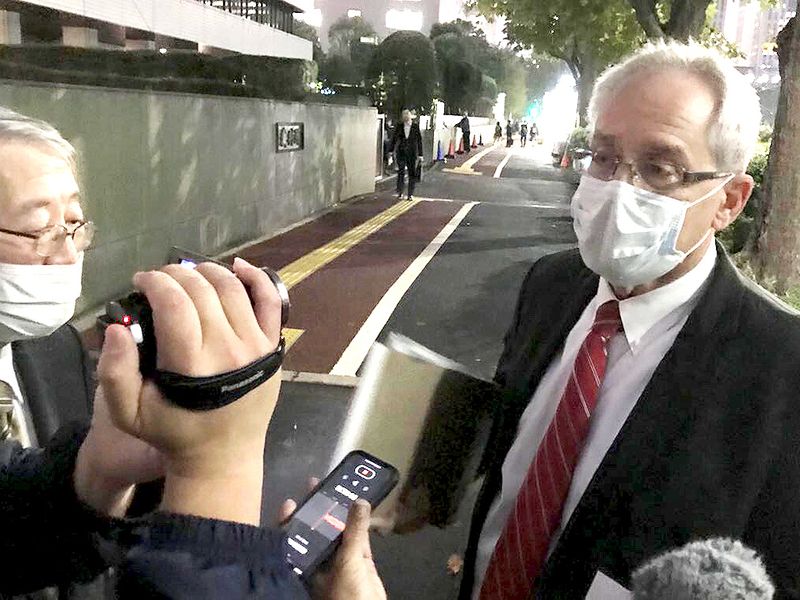 Lead defense attorney Yoichi Kitamura closed by telling the court that no crime was committed and that Kelly is an innocent man. In a five-hour final statement, Kitamura meticulously attacked the prosecution’s case point by point, arguing that key prosecution witnesses were not credible and that no evidence connected Kelly to the alleged financial misconduct.

Prosecutors are seeking a two-year sentence, but the verdict won’t come until March 3, 2022.

Kelly, 65, is accused of helping Ghosn, 67, hide some ¥9.3 billion ($82 million) in postponed compensation from 2010 to 2018. Both men, arrested the same day in November 2018, deny any wrongdoing. But after Ghosn fled Japan for Lebanon in 2019, Kelly, his longtime American human resources chief and a former director on the board, was left to fight the charges alone.

Kelly said Ghosn took a massive pay cut — to the tune of around half his salary — in 2010 when Japan’s financial disclosure rules changed. According to Kelly, Ghosn feared that if the true scale of his Nissan paycheck were known, he would face withering backlash in France.

But prosecutors allege Nissan made a deal to pay back that salary shortfall — the amount Ghosn would have earned had he not taken the pay cut — thereby illegally skirting disclosure rules.

Prosecutors pointed to compensation agreements for Ghosn and spreadsheets maintained by a Nissan manager that clearly list certain pay figures as “postponed remuneration.” Kelly’s defense argues that he was not involved in their tabulation and didn’t even know about them.

Kelly worked on separate compensation agreements with Ghosn. But the defense says those were potential retirement packages aimed at retaining Ghosn’s services after he stepped down.

The defense said this did not constitute payback for Ghosn’s pay cut, and noted that the value of those proposed packages stayed roughly steady over the years. If the goal had been to make up Ghosn’s pay shortfall, by contrast, the total should have increased with each passing year.

Moreover, the defense said, there was no obligation to disclose anything because Kelly’s packages were for services and commitments in retirement and because no deal was ever finalized.

The drawn-out trial has been an irritant for Kelly and his family, who now must wait months for a verdict. “Three and a half years, is that being given the right to a speedy trial?” Kelly said.

“This is a simple question. It’s not complex. Did somebody pay Carlos or promise Carlos Ghosn to be paid deferred compensation?” Kelly said. “Carlos Ghosn was never paid anything. And there was no enforceable agreement. … So, no pay, no agreement to pay. There’s no crime.”

Naoto Okamura contributed to this report.