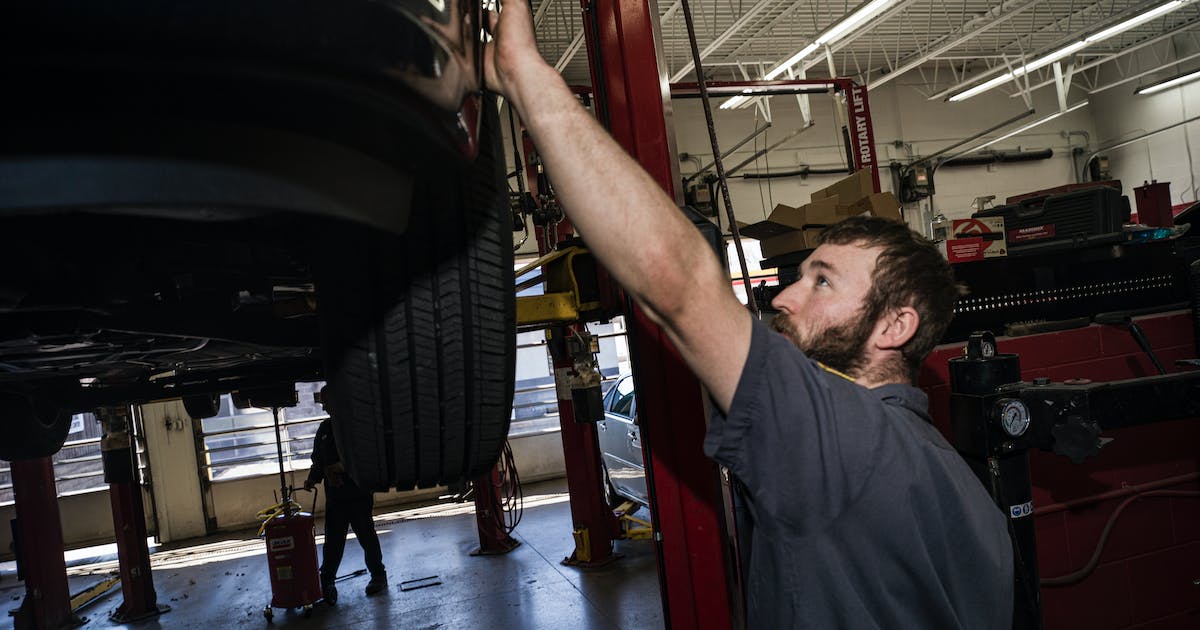 Tim Curtis considered buying a new Chevrolet Silverado pickup last year, but the $58,000 price was more than the cost of his first house.

Since prices for used cars are also inflated, he decided to stop shopping and instead maintain his 2004 GMC Envoy and 2015 GMC Terrain. His largest repair in recent years at Brausen Auto in Roseville cost $1,200, which was for brakes and tires on the Envoy.

“The price of used cars has gone up so much, so it’s more cost effective to keep my cars running and I know those cars, too, and what’s been done,” said Curtis, 64, of Maplewood.

Auto repair shops are seeing more customers invest in keeping their vehicles running because of the extreme distortion in the auto and truck market.

As the economy snapped back when the pandemic began to abate last spring, manufacturers couldn’t keep up with demand and key parts remain in short supply. As a result, prices soared for both new and used cars. For many people, repairing a car makes more sense than engaging in a transaction.

April marks the 10th straight month in which U.S. consumers on average are paying well above sticker price for a new vehicle, Kelley Blue Book reported. Used car prices last month were down from a recent peak but were still 23% higher than a year ago, according to the Manheim Used Vehicle Value Index.

“It used to be someone who needed something major repaired would buy a new car,” said Hunter Darth, an owner of German Auto Works in St. Louis Park. “Now they say, ‘Oh my God, car prices are crazy so I’ll fix my car.'”

Some shops report business is as much as 30% greater than in previous springtimes. “We see a lot of older cars today,” said Ted Brausen, owner of the auto shops in Arden Hills and Roseville. “I think that group of customers has expanded because of the prices.”

“If you would have told me that we would have had a pandemic and that things would have been better business-wise, I would never have believed you,” Brausen said.

The range of maintenance work varies. “You have the one end of customers doing what is necessary,” said Raks Pham, who runs Tuan Auto Repair in St. Paul. “And on the other end, you have folks who want us to go through the whole car and get their car back to tip-top shape.”

Brausen tells his customers to pay close attention to regular maintenance for the first 100,000 miles so their cars are in good condition to go another 100,000.

“The best news about planning your maintenance is you very rarely break down,” said Mike Weinhagen, who owns Weinhagen Tire Co. in St. Paul.

As his shop’s downtown clientele worked from home, Weinhagen’s repair business dipped 20% in 2020. But it recovered quickly as customers opted to