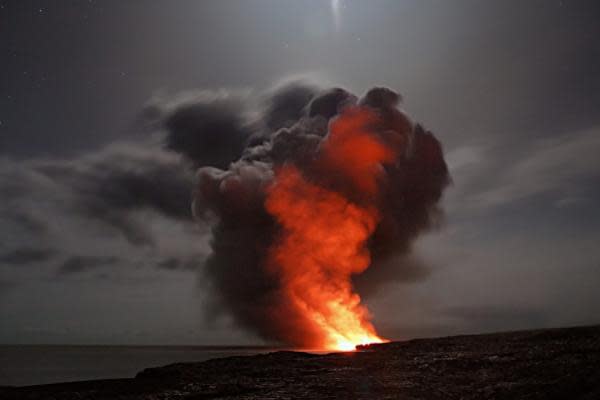 The following post was written and/or published as a collaboration between Benzinga’s in-house sponsored content team and a financial partner of Benzinga.

Image by Adrian Malec from Pixabay

From earthquakes to hurricanes, volcano eruptions and international wildfires, flooding and freezing — natural disasters seem to be becoming more frequent and devastating.

Some scientists point to climate change as a primary factor. Others point to natural cycles the Earth goes through all happening at once. And at the end of the day, it all affects how we’re living around the globe.

The Sad Truth of Natural Disasters and the Reliance on Power

For places with power, lines of non-customers crowded to charge cellphones and computers. Others flocked to local hotels just to take a warm shower.

Image by Cheyenne Reeves from Pixabay

Last July and August 2020, the Bahamas faced devastating damage to tourist areas of the island, which previously underwent a mutiny of travel bans by world governments, Carnival Corporation (NYSE: CCL) and the Royal Caribbean (NYSE: RCL). Water rose above the rooftops with people livestreaming for help until their batteries died.

Before and since then, numerous other disasters and calamities have occured, with power sometimes making the difference for many people. And, let’s not forget parts of the modern world still have no electricity whatsoever, no running water and no way to communicate.

However, mitigating solutions exist. Despite all these disasters, the 2021 power outage in Texas might have been remedied and lives saved during a massive winter freeze. Likewise, residents in New York could have remained cool during the 2003 blackout amidst a heatwave. In addition, third-world countries may no longer need to rely on faulty lines to stay continually connected.

Killing Two Birds with One Stone

Enter the TerraVis by Worksport, Ltd. (NASDAQ: WKSP) (NASDAQ: WKSPW) — a company known primarily for its world-class truck bed covers — that is now providing solutions within the alternative energy sector.

The TerraVis Solis is a solar-powered tonneau, custom-fitted for standard and long-range electric vehicles (EVs) and trucks with a technology so strong it can power entire communities and job sites in rural and underdeveloped areas. The company is focused on sustainability and committed to bringing green energy to those who need it most.

Designed not only for EV trucks and semis, these innovative covers will also fit traditional powerhouse vehicles by Ford (NYSE: F), Stellantis (NYSE: STLA) (NYSE: FCAU) and General Motors (NYSE: GM) and can be used to charge its cornerstone COR battery system — strong enough to fully power a micro-grid in as little as 6 hours.

Every year, a number of Americans go without power during the coldest months. It’s