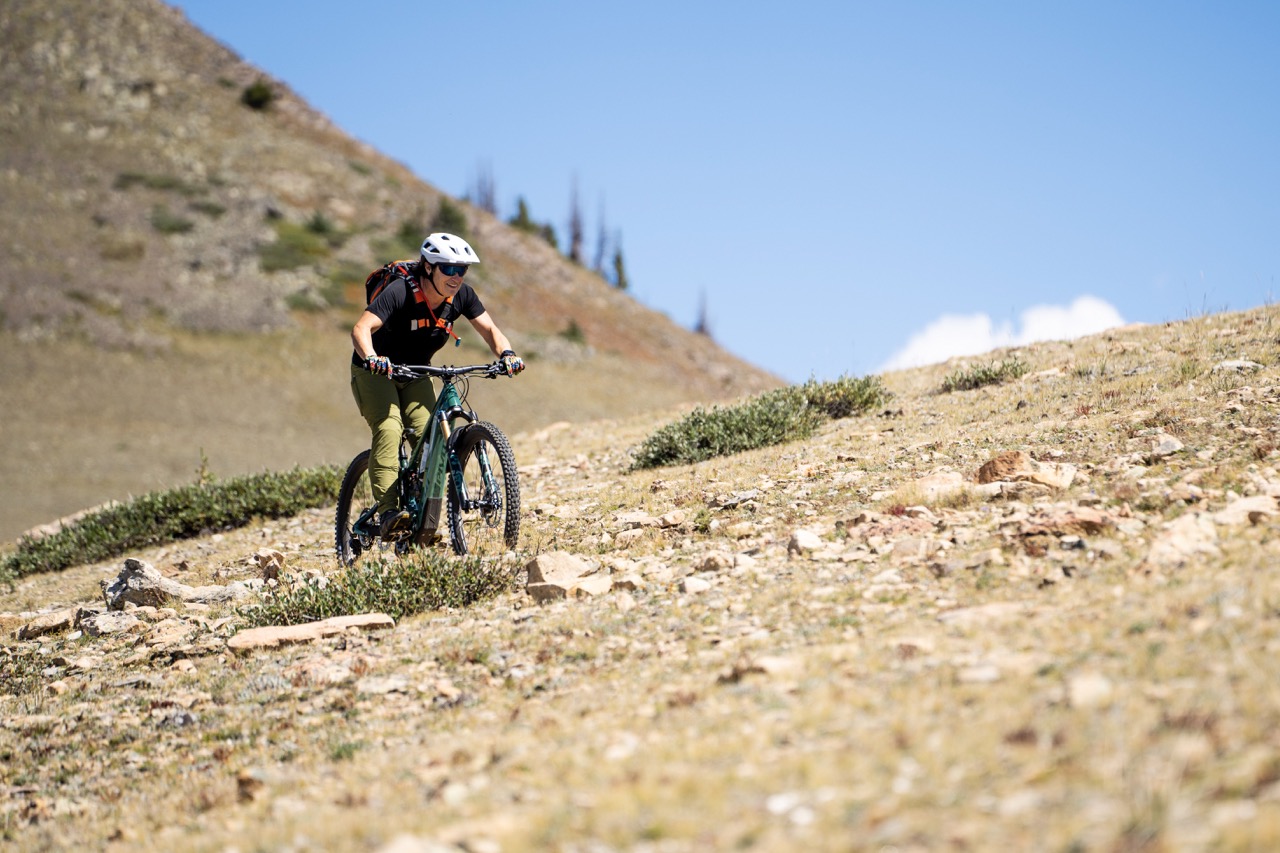 There are plenty of good enduro-style e-mountain bikes on the market. This one is great.

I hopped on this bike at the top of Monarch Pass – around 11,000 feet in altitude–the morning after arriving in Colorado from sea level. I pedaled out of the lot and up the double track with the support of this bike’s full boost power behind me. When I turned off onto the first stretch of rooty and rocky singletrack, I bumped the power down a notch to Trail, and had more than enough support and all the maneuverability I needed. The bike absorbed the chunder and steered with precision letting me pick my line around chunky rocks, and charged through steep switchbacks with powerful control.

To smash or to finesse–that is always the question for me when I ride e-bikes on technical trails. The Shuttle LT let me do both. The bike was lively, playful and it pedaled efficiently without the heavy feeling of most other enduro e-bikes whether I was pounding through rock gardens or trying to carve through them. It was nimble in technical terrain. 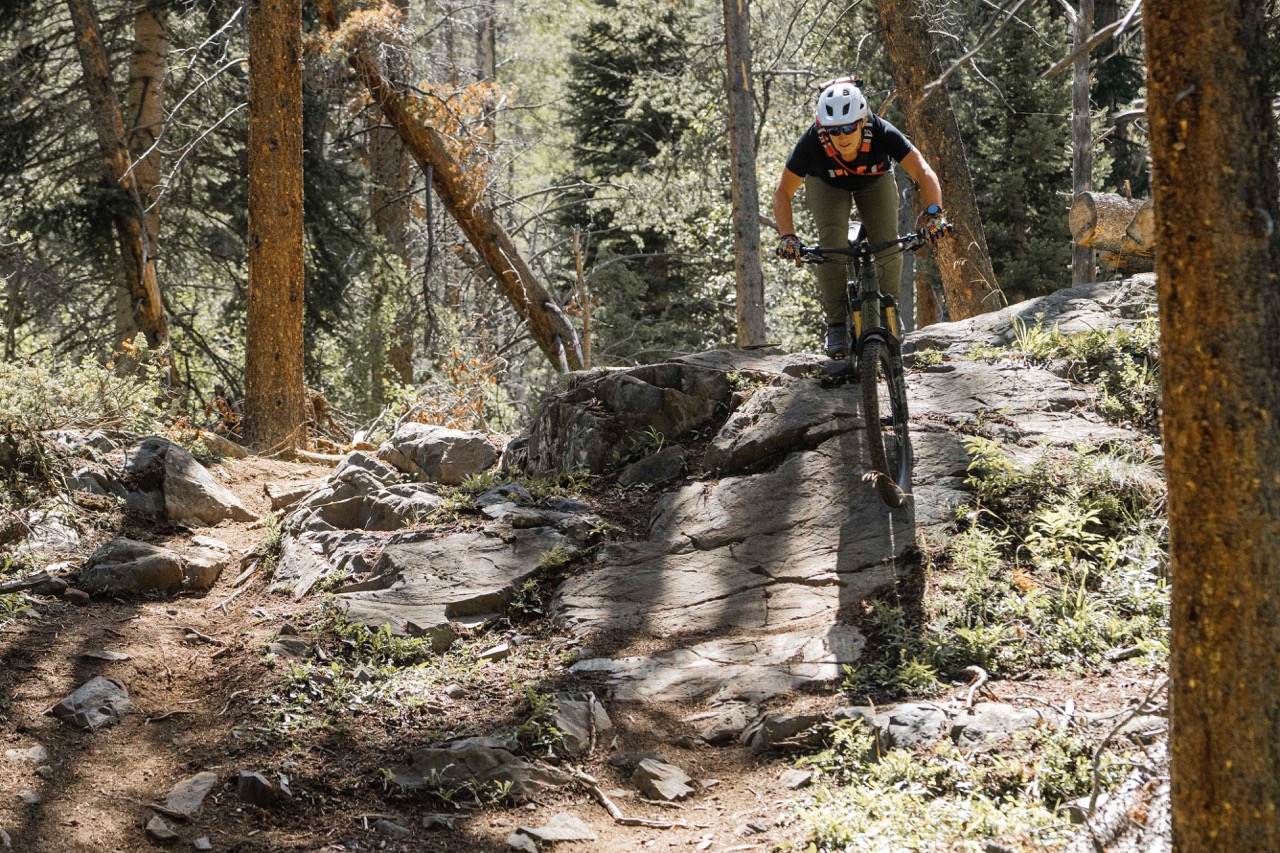 Blasting through a crash pad of rocks and roots descending Green Creek off Monarch Crest, baby head boulders, and steep sections of slippery dirt, the bike went where I pointed it, sailing smoothly. The ride wasn’t so plush it got boring, and the harder I pushed the bike the better it rode. Pivot’s DW link felt balanced. I never needed to lock the shock to climb, and the bike didn’t squat under power. Shimano 160mm cranks kept me from rock-striking–which is even more important on an ebike. I could power through the chunder thanks to the bike’s low center of gravity and short cranks. I felt settled in on the bike, in control of the ride, and despite the shorter cranks, I never felt like I lacked torque. 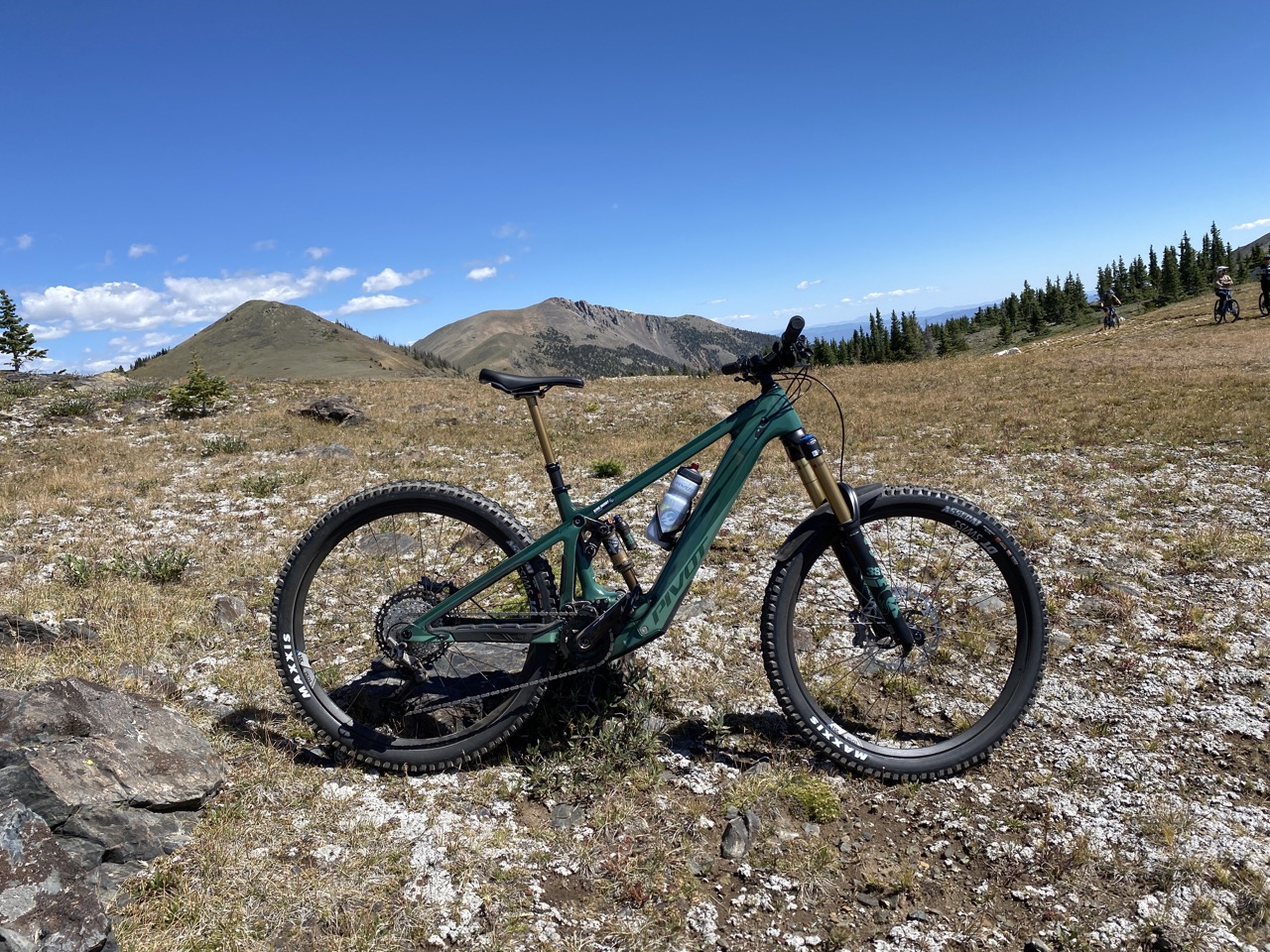 At 49.8 pounds, the bike is competitive in weight with others on the market. But it rides light. Part of it might be psychological. The Shuttle LT has a trim downtube that was made possible by a 726-watt, Shimano-certified battery. Pivot didn’t like the shape of existing batteries so it worked with Darfan to develop one using the same cells found in a Tesla. The slimmer tube takes ebikes one more step towards looking like a traditional bike. While the battery isn’t proprietary, Pivot is the first to use it– and Shimano will handle any warranty claims worldwide.

Shimano’s EP8 drive unit provides the assist. Power delivery was smooth and seamless, without any jerky engagement or disengagement. In the Shuttle LT, it also allows for battery placement lower in the 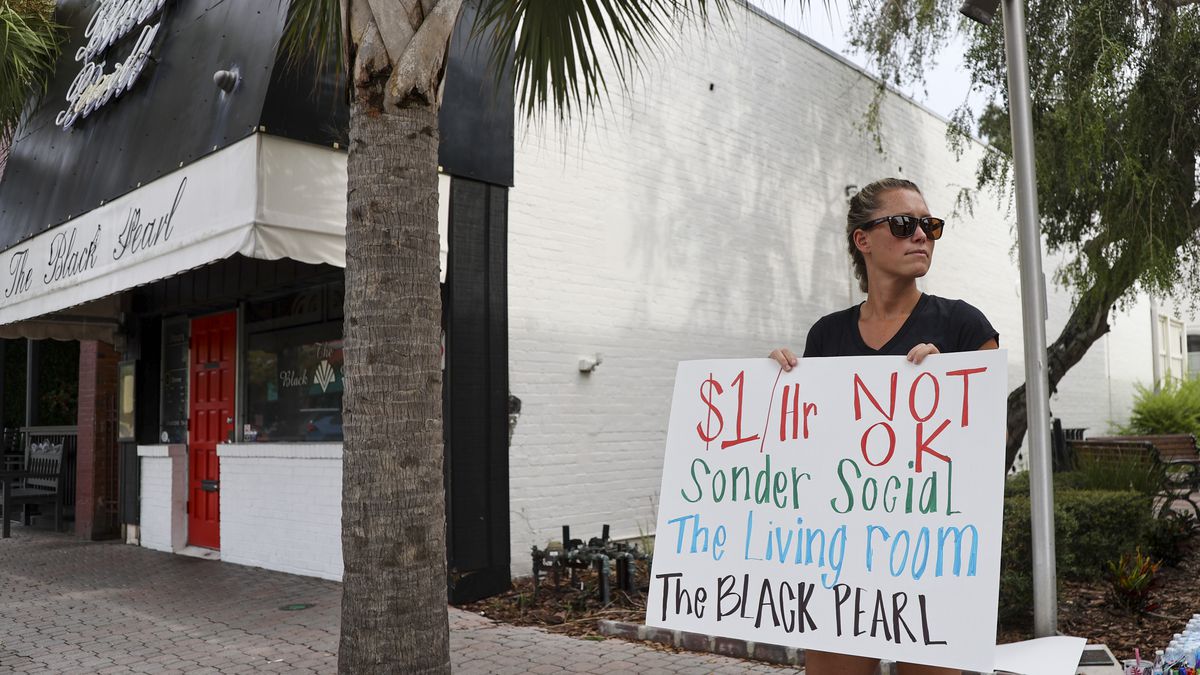 A Dunedin restaurant’s shift away from tips was supposed to be about “data over drama,” but former employees say it’s definitely been both.

The Black Pearl introduced a new pay model for servers. Instead of taking home tips, waiters will receive a flat 20% commission and $1-an-hour wage. Ahead of the change, the restaurant fired some staff, employees told the Tampa Bay Times. Since then, criticism from hospitality workers and patrons pushed the review website Yelp to disable reviews on the restaurant’s page.

Owners Zachary and Christina Feinstein, under the company called The Feinstein Group, said they restructured tipping protocols to offer better pay for support staffers like bussers and food runners. The Feinstein Group implemented the pay structure months ago in their two other Dunedin restaurants: the Living Room and Sonder Social Club.

Instead of guests choosing the tip amount on receipts, every customer will have a 20% service fee added onto the bill. A server keeps 15% while support staff get the remaining 5%, Zachary Feinstein said. Guests can still add a tip on top of the fee, which would only go to servers.

They lowered hourly wages from $8 to $1 an hour for servers to raise kitchen staff pay to at least $15 an hour, Feinstein said.

Under the new structure, servers at the Feinstein Group’s restaurants are no longer considered tipped employees under Florida law. Their wages will primarily come from a percentage of sales, making them commission-based workers, like real estate agents and car salespeople.

But before switching to the new pay model on Aug. 26, the Black Pearl fired two servers and two hosts, the Feinsteins confirmed. They said they made the changes as part of a larger restructuring to make room for new positions like sommeliers. Some were fired for creating a “hostile work environment,” the Feinsteins said.

But Tabitha Crewe and Zachary Benson said they believe they were fired because they had questions about the new pay structure. The Feinsteins denied those claims.

“We knew they were going to implement a commission model and it was never clearly defined what the structure was going to be specific to that restaurant,” said Crewe, who worked as a server at the Black Pearl for about a year and a half. “This isn’t a model that’s implemented in many of the restaurants that I’ve ever worked at, so I had no idea what to expect.”

Crewe said she got a phone call from a manager telling her she was fired because she wasn’t “a right fit anymore,” about a week before the commission structure went into effect.

Some former employees spoke against the model and posted on Reddit and Facebook claiming the owners lacked transparency about how the pay structure would affect them. Crewe and another fired employee protested outside the restaurant Aug. 26. They said $1 an hour is unfair.